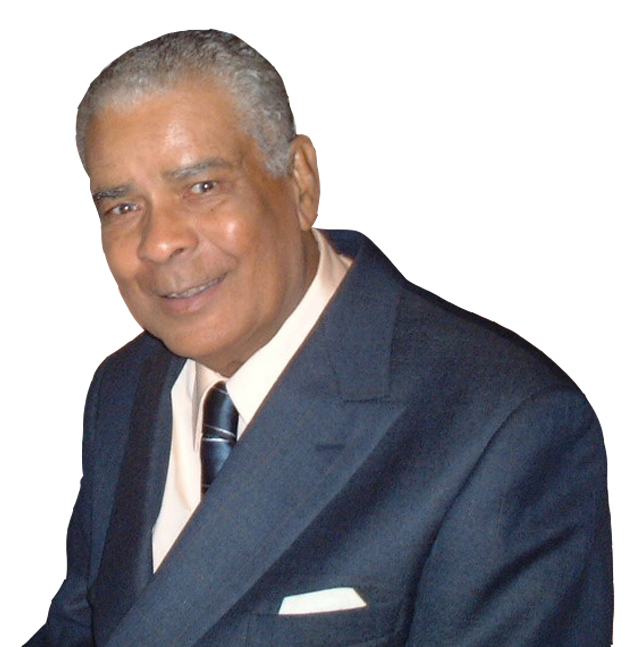 was born in Philadelphia, Pennsylvania on February 21, 1929. A man of few words but great impact, Frank was a quiet leader who built an awesome legacy in the lives of his children: Gwen Webster, Franklin Clyburn Jr., and Stacey Speller.

Educated in the Philadelphia Public School District, Frank then joined the military where he was trained in heavy machinery mechanics while stationed in Eschwege, Germany, and received the Victory Medal of Honor WWII for his service. Frank’s professional career then began with the Philadelphia Police Department where he rapidly advanced and was promoted to a special homicide detective task force appointed by the Police Commissioner. Frank received numerous commendations including statewide recognition for apprehending a serial killer that terrorized the Philadelphia community for months.

After a successful career with the City, Frank decided to pursue entrepreneurship by focusing on in-home heating and air-conditioning systems. Frank then started his own business, Clyburn’s Fuel Oil Company, which became a steady fixture in the community by instituting 24-hour home visits to ensure his customers did not have to go without heat during harsh Philadelphia winters.

Although Frank built a strong, thriving oil business, he eventually sold it as he embarked upon a new career opportunity – restaurateur and bar owner. He purchased a building on Broad Street in Philadelphia, Clyburn’s Broad Street (CBS) Lounge was established, and it quickly became a neighborhood icon. Frank truly enjoyed his years as proprietor of CBS where he established great relationships during his ownership.

When Frank was diagnosed with Parkinson’s Disease, he redefined what it meant to have a positive attitude while battling a ruthless opponent. Every day he purposed himself to win on his terms and for over a decade he did just that.  His daily mantra became, “I’m doing great, how are you doing?” During his final days when asked about Parkinson’s he believed it was an obstacle that just needed to be overcome.

All of us at HollyRod, extend our sincere condolences to Mr. Clyburn's family and friends.

Thank you for your willingness to celebrate Frank’s life by providing an opportunity for others to overcome and win their battle with Parkinson’s Disease.

Or you may mail your donation to